Should You Reapply for SSI Benefits?

If you have recently filed for SSI (Supplemental Security Income) disability, and been denied, you’re probably wondering what your options are. Many people feel like they should start the process all over again, but is that really the best option? If you’re in this situation, you might be asking the same question.

The good news is you can, in fact, reapply for SSI, either online or in person. And there is no limit to how many times you can file for SSI. However, before you go through the process of reapplying, consider this: to reapply, you are going to have to collect the same types of evidence as you did before. Most likely, you will end up collecting the exact same evidence as your first application. If you do that, and send it off, you can basically expect the same answer again. Think about it: if you were denied already, why would the verdict change the second time, if all you are doing is resubmitting the same information? Unless there was a significant gap in the medical evidence you turned in the first time, you can pretty much count on getting the same answer.

Instead, rather than reapplying for SSI, you should consider filing an appeal. An appeal does not start the process over, but rather moves you forward in the process to the next stage, which is a reconsideration.

Now, you should know that a reconsideration typically does not yield different results, because the reconsideration is basically just your evidence being looked at by a different person. However, if you are denied at this stage, then you move to the next stage, which is a hearing before a judge. At this point, you are given the opportunity to appear in person (with or without legal representation) and state your case. This is an important stage in the appeals process, because this is where the SSA finally gets to see you and your particular situation.

If, however, you are still denied, you’re not done yet. The next stage is a review of the judge’s decision by an independent appeals council. They will review the case to see if the judge made any errors, failed to consider all the evidence, or in some other way made an incorrect decision.

If this stage doesn’t work, though, you have one more stage in the process: filing a lawsuit. This lawsuit is filed in federal court, and will eventually be heard by a judge.

When Can I Get Disability Benefits for Lung Cancer?

Will I Receive SSDI Disability or SSI for Osteoarthritis?

What mental illnesses qualify an individual for SSD benefits?

Social Security Disability: Why Do So Many Americans Get Denied?

The Benefits of Being Represented

What Insurance Do You Get With Social Security Disability?

How To Qualify For Social Security Disability Benefits With Depression?

How Long Does A Disability Appeal Take?

Can You Get Disability Benefits for Lyme Disease? 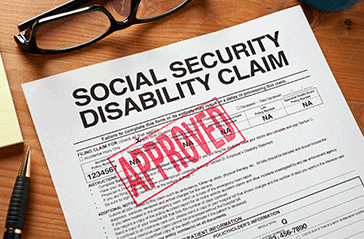